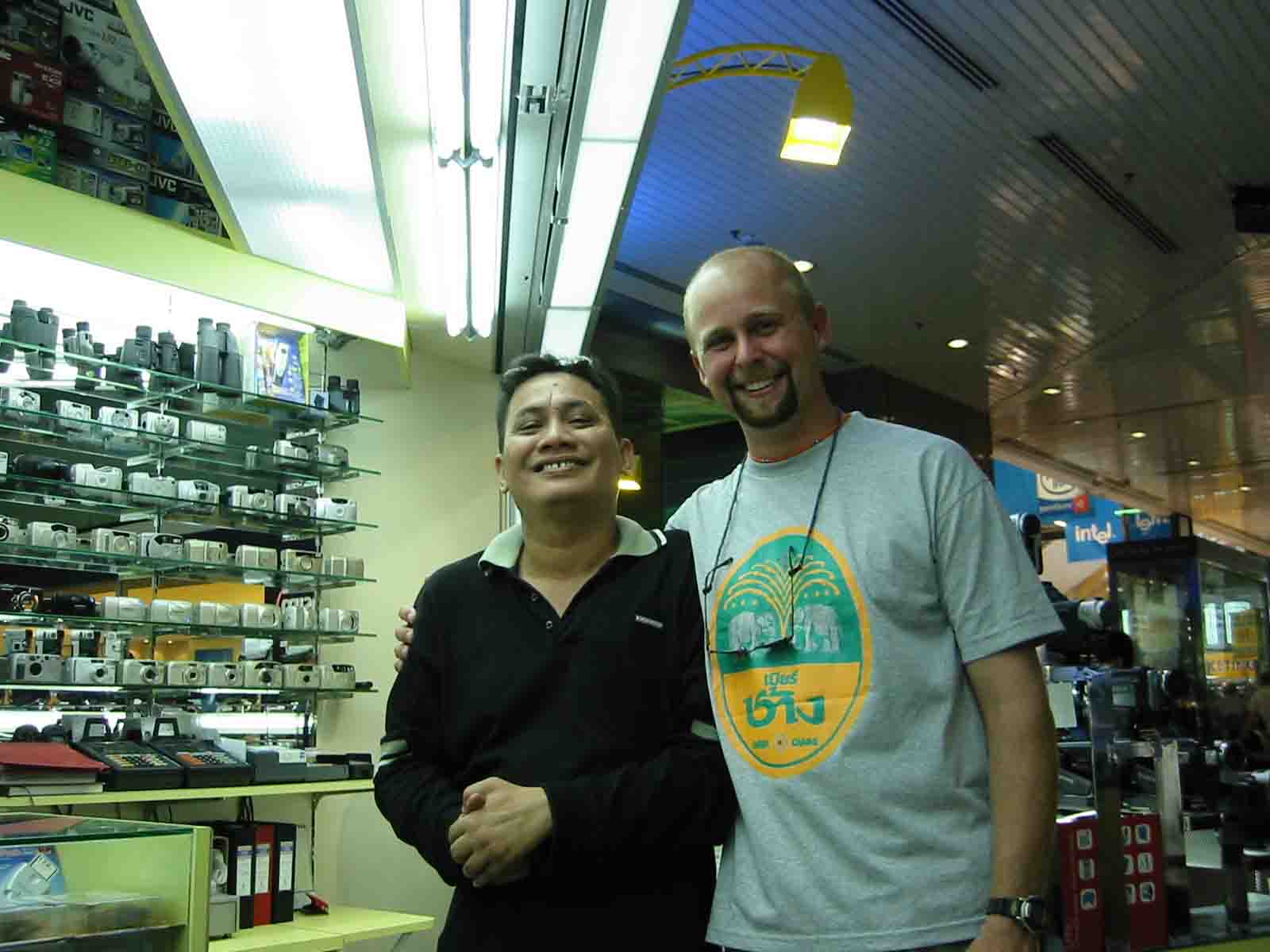 We’d like to take this opportunity to welcome the latest addition to our travel entourage: MR. CANON!!

We almost didn’t get it.  We have no money.  We’re down to a ridiculously small daily budget and are hurting for cash.  We eat peanut butter and jelly sandwiches at least once a day.  Then we realized that we have another option…..

So we found a good deal in the Siam Lim center, and charged it.  In the picture above is my man Sahid, who sold us the Camera.  (His name isn’t really Sahid, but we decided to name him that anyway).  The camera is the newer version, has movie capabilities, and a microphone.  The latter would have come in handy a few times on the trip – Buddhist prayers, Ken’s Xi’an song, etc.

After we bought the camera, we walked down Bencollen Street to find another hotel in town.  We walked into one of the inexpensive backpacker hotels… and walked right back out again.  It was horrid.  It wasn’t even the shared bathroom that turned us off.  It was the furniture in the hallways, the ripped up carpet, and the smell that turned us off.  We decided that we’d stay in the Fragrance Inn and the Red Light District.  It’s much nicer.

Then we went to the Internet Cafe for a good a two hours.  We caught up on emails, did some research on dive jobs in Australia, and got in touch with our friend Allen, who plays for the Singapore Symphony.  He had set aside tickets for us last night to see his performance, but we unfortunately didn’t get the email until today.

We walked around town for a while, and then made our way to The Concourse – some big shopping mall that had a scuba showroom.  The showroom was closed because it’s Sunday, but an entire floor of the mall was devoted to Christmas decoration sales. 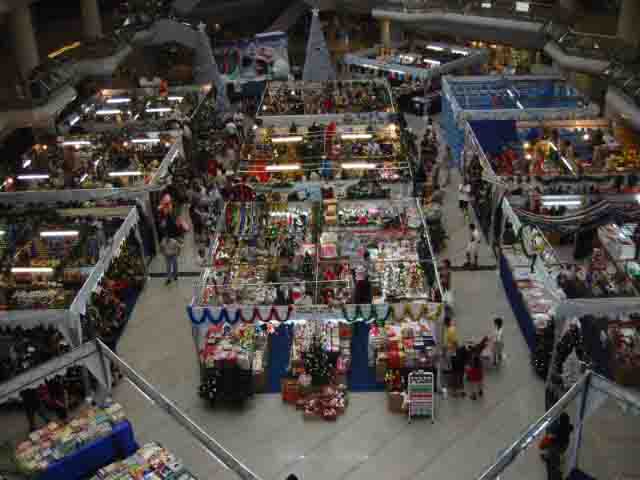 It’s so strange to walk around in shorts and a tank top while listening to Christmas music.  I mean, it’s 90 degrees outside!  It suddenly hit me that Thanksgiving is only 2 weeks away, and I’m suddenly craving Mom’s turkey and gravy.  Jon and I will be in New Zealand, so I wonder what we’ll do to celebrate.

We walked back to the Burgis MTR station, but passed through the Muslim district to get there.  On the way, we saw the Sultan Mosque, so we did do SOMETHING cultural today! 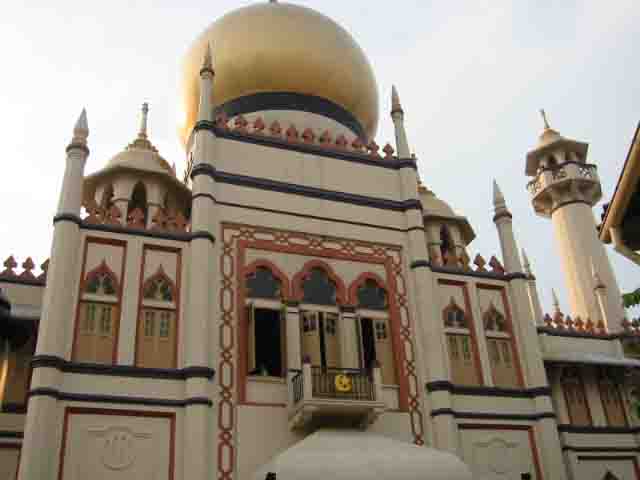 We went into a shopping center which had a food court underneath, and walked around for about an hour or so.  But shopping’s no fun when you don’t have money to spend.  So we went into the basement where the food court is located.   The food court had Japanese, Malaysian, and Chinese cuisine.  Jon and I ate at a Japanese place where they cook the food right in front of you.  It was very good!  (And cheap, too).

After dinner, we hopped back on the MRT (underground) and went back to the Fragrance Hotel.